as most of you know, today is the launch of WWDC with the keynote.

The last subject was the new MacOS called "Big sur". Changes were demonstrated as you may guess, but thing is there was a twist. Big sur was not demonstrated using "regular" Macs, but on Apple Silicon Macs, yep you read it right !

Apple did not talk about ARM CPUs, but about Apple Silicon, we all know what that means. In short:

As far as I understand, that is the new logo:

To support old and new apps, Apple will use Rosetta 2, integrated emulation software, to enable ARM-based Macs to run Intel code. In the prior PowerPC to Intel transition, Apple used Rosetta to let PowerPC apps run with performance compromises on new Intel machines, but Apple says the performance should be much faster for Intel apps running on ARM Macs. Additionally, ARM Macs will be able to run iPadOS and iOS apps.

Apple says that it will ship its first ARM Mac by the end of 2020, and plans for a two-year full transition. It’s worth noting that similar language was used ahead of the Intel switchover in 2005, but Apple completed the move “ahead of schedule” in only a year. For now, developers will have access to an A12Z-based Mac mini Developer Transition Kit in the interim. The machine will include 16GB of RAM and a 512GB SSD for storage, but will not be available to regular consumers.

Lots of information will come in the next days.

iOS apps run natively on 11.0. FMGo can be used on these macs- a replacement for the runtime folks?

The presentation was incredible. That Shadow of the Tomb Raider demo running on a freaking A12 via Rosetta 2? Amazing.

I expect great things from this move.

These new macs will run iPhone and iPad apps unchanged

I don't think this is what they said. Intel apps, they did say that. But iPadOS apps will still require the use of Catalyst, which is the same as it currently is with Catalina ( 10.15 ). It's up to the iPadOS developer to make the app compatible with Catalyst.

Edit: Just confirmed. The comment about running without changes for many apps was about apps built for Intel chips. Universal and Rosetta 2 are for those apps, not iPadOS apps.

a replacement for the runtime folks?

I wouldn't get too excited about this yet. FM Go might run on macOS, but remember, nothing about FileMaker Go's layout engine has anything to do with Swift or SwiftUI, which may be necessary to get it to run on macOS.

Now, if you already build native, FileMaker-backed iOS and iPadOS apps (as I do), with Swift/UIKit or SwiftUI, those can definitely be brought over to macOS. Either via Catalyst, or whatever Apple is supporting via their new silicon.

I thought they specifically said iOS apps run natively during the presentation (including showing iPad apps on the desktop). Articles seem to back that up, but perhaps I'm misunderstanding:

The biggest addition this move to ARM-powered chips brings is the ability for iOS and iPad apps to run natively in macOS in the future. “Most apps will just work,” says Apple, meaning you’ll be able to run native macOS apps alongside native iOS apps side-by-side for the first time.
Apple is switching Macs to its own processors starting later this year - The Verge 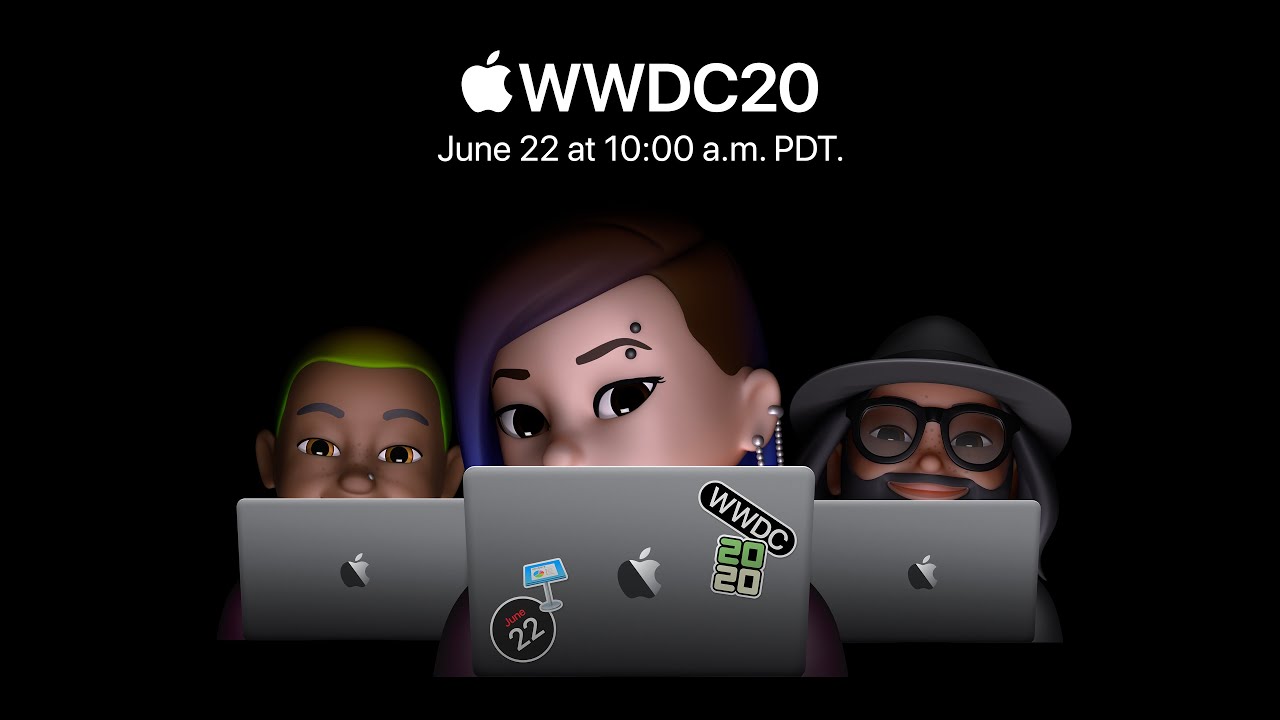 But FileMaker Go apps aren't 'apps', not in the Xcode sense. I think, right now, best case is that maybe this will be possible using an updated FileMaker iOS App SDK.

Ah- ok. I'm totally ignorant about that, I just thought perhaps it was a possibility.

Nevertheless, I thought it was a great presentation, and I'm excited for the future of Macs.

We'll have to see what the requirements are to bring an app over to Apple silicon. At the moment, I'm viewing this a bit like Catalyst, where apps need to be compiled in such a way that macOS can render things correctly. Maybe we'll hear something in the SOTU address later today that will clarify. SOTU is usually a more technical, Xcode-centric event than the Keynote.

"Macs built on Apple Silicon". So that may be initially limited by hardware ( which won't begin transition until the end of this year ).

Catalyst, though, allows a developer to release it now ( or actually last year ), to run on Catalina or higher.

You can wish for a lot of things.
But Claris must decide what they will release & support.

The .fmp12 apps for sure are not 'apps' in the Xcode sense. But .fmp12 apps need to be open by FMGo, wich is an Xcode app. Then FMGO would run on the Apple Silicon apps. That means it may be the new Runtime, unless Claris make a move for that to not be possible. All of that is speculation at this time, the future will tell.

That means it may be the new Runtime, unless Claris make a move for that to not be possible

I expect Apple to give a way for app developers to opt in or out of this for many reasons (experience meant for mobile only, competing licensing between iOS apps and Desktop apps, ...).

Claris announced runtime deprecation a while back. Now that they rid themselves of a component that was not bringing in money, I would be extremely surprised for them to allow the existence of something that would boil down to a runtime v 2.0.

If they were to do that, they might as well come back on their decision to deprecate the runtime. Basically, it would be total nonsense.

It will be interesting to see. Multi-user still requires a license, and this isn't a separate code base. There is no additional engineering resources required, outside of what they are already building. That's pretty powerful. Very curious, and excited to see where this is headed.

So, nothing more about this in the SOTU, but there’s a session tomorrow. Looks like this requires deploying to the Mac App Store, so this is something that would need to be supported by an updated App SDK, which Claris may not do. It would also require Apple to approve it for the App Store, which Apple may not do. Remember, Claris doesn't recommend or support deploying apps to the App Store. 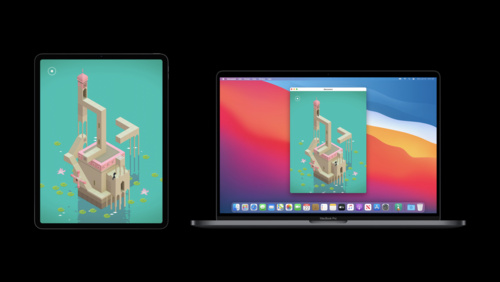 Apple Silicon Macs can run many iPad and iPhone apps as-is, and these apps will be made available to users on the Mac through the Mac App...

If they were to do that, they might as well come back on their decision to deprecate the runtime. Basically, it would be total nonsense.

Hum, FMGO has always been free. And developers could sell a FileMaker app without FMI/Claris getting any money. With FMGO running as is on a future version of MacOS would extend the use of it, but only on Macs, not on Windows.

Runtimes were flawed in Claris eyes for many reasons:

They've pushed runtimes distributors either to SBA or off the platform altogether. The "cloud first" approach is the name of the game now. Runtimes were not just misaligned with this, they were going against it (local, no network, no client-server, ...).

This is the kind of stuff that can easily become a new discussion and would really not change how things are. People who miss the runtime know what they can and cannot do.

Nowadays I almost feel like Claris is trying too many things at the same time. I'm certainly not going to blame them for having axed one extra initiative that could drain resources from other projects. Had they attempted to monetize this, I'm not sure THEY would have succeeded. The fact other players chose to follow that path does not mean Claris would have succeeded.

I look forward to the day runtimes will stop haunting us one way or another. Sorry if I fail to understand those who hope it would quite miraculously get resurrected. There is no "it may be the new runtime, unless Claris xyz". There is no prophecy about "the return of the runtime", no "chosen one" to make the prophecy come true either. The ARM processor is not a "sign the time has come". None of that means anything and will change anything.

The runtime is dead in all its shape or form, unless Claris fails to keep it 6 feet under.

FMGo has NOT always been free. It was introduced as a paid app. Saying a MacOS enabled version of FMGo is not the same as a runtime simply because it won't run on Windows is failing to see how this would simply be a can of worms for Claris, regardless of the OS it runs on or not.

Maybe we should do a little "Runtime Graveyard" place so everyone who want to pay tribute to this part of the platform can do so, I think we all had ample time to prepare for that. Just don't expect me to be sobbing over this.

I'm sorry because I feel like my tone is not at my friendliest, that kind of stuff moves me more than it should, in a bad way I guess.

Claris announced runtime deprecation a while back. Now that they rid themselves of a component that was not bringing in money, I would be extremely surprised for them to allow the existence of something that would boil down to a runtime v 2.0.

Well, we don't know the reasons for deprecating Runtimes, since Claris never told us. One reason could be, that with Catalyst there was just no need for Runtimes any longer and FileMaker Go is the substitute. Maybe Claris knew upfront what was to come and made their conclusions.

I know... there is a lot of wishful thinking involved. But don't you dare to destroy my daydreams!

One reason could be, that with Catalyst there was just no need for Runtimes any longer and FileMaker Go is the substitute.

since my target audience for runtimes is 95% Windows this, well, hmm, is completely useless for me