When you say blocking, do you mean that the webviewer viewport remains at the first plane blocking the view of the popover opening underneath or that the popover doesn’t open at all? (Never had those two together on a layout)
If you stack the popover higher up in the layout objects pane, does it change anything?
Can’t you select a different position relative to the popover button ?
Does your user need to be able to see the content of the webviewer while using the popover?

Yes, I have a button located on a layout above a webviewer. When I press the button the popover opens but is truncated (only partially visible) when it hits the webviewer. What should happen is the popover should show on top of the webviewer. This is a known bug that was fixed in Mac but not Windows. 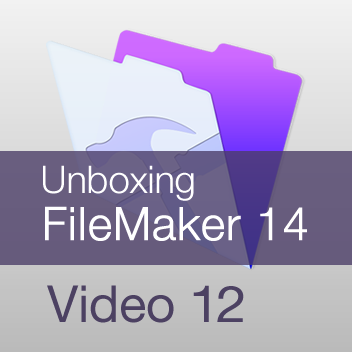 A long-standing annoyance is fixed in FileMaker 14: popovers now render properly over web viewers. Check it out in this video.

@steverichter Thank you for mentioning that this was fixed in MacOS. I had not followed this topic well enough to know that.

Webviewers are OS controls which are on a layer above the content of the FileMaker layout drawing.

Except newer macOS/iOS versions, where Claris tries to use the layering of the OS to make each control a layer, so you can have content over web viewers.

On Windows, the WebViewer still use IE11 . . . until that is gone Windows users will still suffer a lot

. But Microsoft is introducing a replacement for this control. Then Claris will update FileMaker, but that will work for users that regularly update Windows 10, and not everybody does this.

The WebView2 component can be installed on older Windows versions.

According to a recent blog post by @weetbicks “FileMaker 19 introduced a change to web viewers, allowing them to render underneath other FileMaker objects.”

Anybody have more info on this?

Well I don't have much more than my observations. Pre 19 I am sure that on mac at least, placing any object on top of a web viewer was ignored, as the web viewer was always the top-most in the z-order.

Since 19 I've noticed on mac you can place objects on top and they render fine, not hidden. I do not believe this behaviour is the same on windows however.

I haven't been able to find anything documented about it. I can only assume this change may have come about due to FileMaker building add-ons, and perhaps the need for FileMaker objects to be reliably placed on top of web elements, maybe it was just a nice little unintended feature, who knows.

I do not believe this behaviour is the same on windows however.

Yes, thank you. As I now recall, there are differences in the operating systems. Therefore, this is still an issue for Windows users.