Most important functional differences between FMPA and WebDirect

not sure, what You mean.

We have a work in progress with webd. Many things are working really fine and we are happy when it comes to printing - under FM, that function will print to a printer, under webd, a new tab will appear with the pdf. Cool!
If You are under firefox, it will be different, not so cool for support…

We have to support 3 languages, one can choose via a button that shows the country-flag. This will not show under internet explorer… 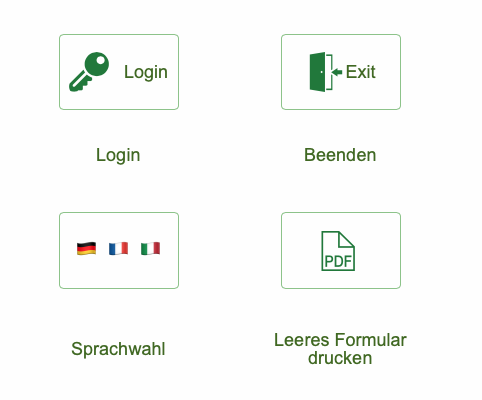 The move from local clients to web apps is primarily motivated by avoiding local installations and maintenance. The second reason is the independence from functional differences caused by the OS the client is running on. Actually we have to take care of what browser a user is using, if I got you right.

Yes, is another factor… we do have quite some users with firefox here - seems not to be a factor in the US (firefox is not supported - but with that many users, a webd solution is not possible without firefox here - so one needs to know what works how…)

• fmp(XX)://$/-protocol is not supported, needs workaround with data api or php.
• data/text for webviewer is not supported by IE and Edge
• more objects need “forced” refreshs

URL encoding is browser-dependent, according to @samfmp’s post and @Otmar’s answer here:
https://the.fmsoup.org/t/why-this-sample-does-not-work-in-chrome/544

As others have noted, main things that lack in WedDirect that I can think of are:

But a big benefit in some situations is much faster speed - when accessed from remote locations… Does not have as much latency as using FMPA and lots of the processing is done ‘on server’ so as long as server is good spec and solution is of good design then performance is very good. I recently worked on a file that was hosted in London but being accessed by users in Thailand, and the difference in performance between FMPA and WebDirect was night & day. They had been using FMPA for a couple of years and had just ‘got used’ to it being slow, so when I enabled and optimised it for WebDirect they were blown away.

…and of course it is amazing being able to instantly ‘publish’ your solution for others to use and not require them to install anything other than making sure they are using a supported browser.

These screenshots show script steps that are not supported in WebDirect (greyed out): 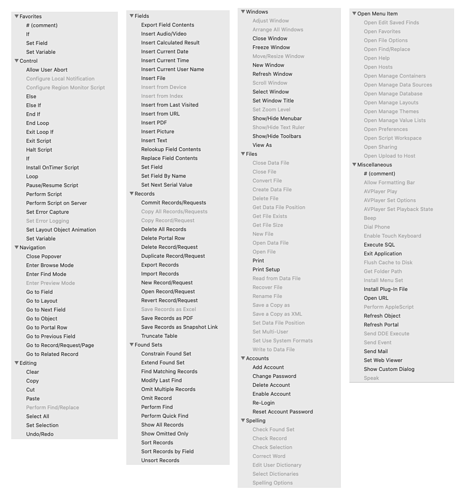 What hit me most is being tied to one window only
I make use of a second window for dialogs/wizzards quite often or use a new window of screen for calculation.
So this has to be solved if you depend on more than one window at a time

So do I. Not having a second/third window available would break workflows.

And the script step “copy” is partly supported in web-direct.

As a result, we have to use WebViewer or create a microservice to copy things to clipboard.

I created a layout that looks like a second window overlaying and put a button « return ».

Also beware of script triggers, some of these behave very poorly in WD.

In which way does the behaviour differ from FMPA triggered scripts?

@Torsten WebDirect triggers have limited awareness of what is going on in the layout and how the user interacts with it (mostly at the object / field level or for things that would ask to look at every keystroke). Awareness is improved if you have scripted commands that touch those objects (kind of what you have with FileMaker server scripts that interact with objects having triggers).

See the notes for each trigger where support is said to be partial in the reference.

If support says no that means you will need to look at another way of doing what the trigger does in FMPro.

I don’t have a progression of support changes from 14 to 18, but as I look at the 18 help, support is fairly extensive.

You can also do a search for triggers in the WebDirect documentation. Like this.

I’ve used WD for some projects. It is really great, if you take in account what it does and what it doesn’t.
Things I miss the most:

The differences in layout between the different browsers and versions of browsers make testing time-consuming.
Each version it is getting better and if you combine it with server side scripts (I use the BaseElements plug-in) you can create very nice solutions.

skywillmott, I’d like to expand on your point number 4 a bit.

It should be noted that layering objects also fails in WD in the case of the “Hide Object When” feature. While a hidden object will not show up in WD, it also prevents you from clicking anything behind it. I occasionally have reason to stack two fields and show one or the other depending some condition. This works fine in FMP but not in WD.

This is important information @HuckleberryJazz. The ‘point 4’ difference in WD requires a totally different layout design compared to FMPA. Or using different layouts for the same purpose.

There seems to be an issue with screen flashing and refreshing when records are added (by other users):

A while back, a method was published where variables were set by reading/interpreting a simple text-block on the layout while activating that layout. Was way cool (Matt Petrowsky had this in one of his videos).

That method did also not work in webd, kept us away from utilizing that method (that method was somewhat fragile because it was dependent of layering, afaik)