I've implemented the Timeline Addon, and it works great, but testing across multiple platforms, it would appear that the font size is different, depending on the client. In the screen shots attached, FMPv19 on macOS and WebDirect on Edge both show as expected, but FMPv19 on Win10 shows with much smaller font. I'd like to know where in the HTML I can set the font size for the various 'bits' of the timeline, so I can set these specific to the client in use. I'm not proficient enough to dig through the HTML and find what I need - so can anyone help?... 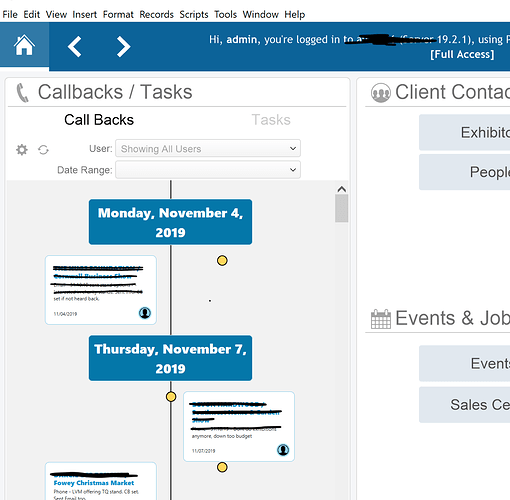 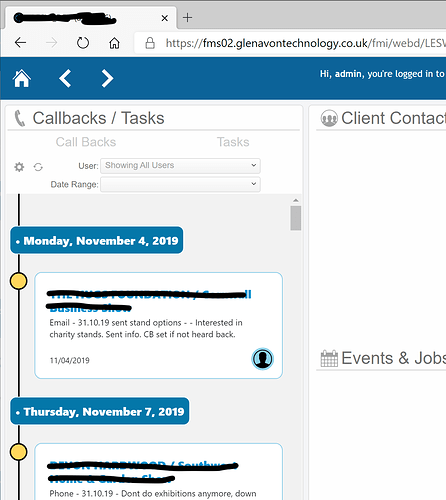 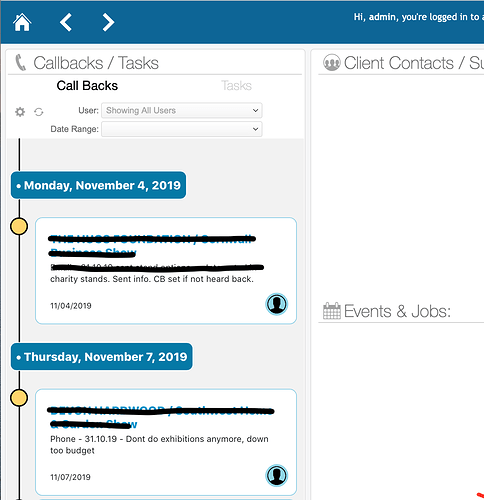 Joking aside. How in the world are we supposed to help if you don't even tell us, what Add-on exactly you use? Normally the font size is addressed in CSS, not in HTML.

A legit question especially since Otmar Kramis made his ‚Calendar Resources‘ available as AddOn recently.

I'm just talking about the standard Timeline addon that ships with v19.2.x
It would appear that the Webviewer renders block of HTML from a single field - so the CSS and JS Libraries are all bundled in, which makes it pretty hard to decipher.
In any case, I've since heard that it's not really possible to edit the font size, and the disparity between platforms is due to Filemaker's use of IE as the rendering engine on Windows, as opposed to Edge. Hopefully this will be resolved soon.